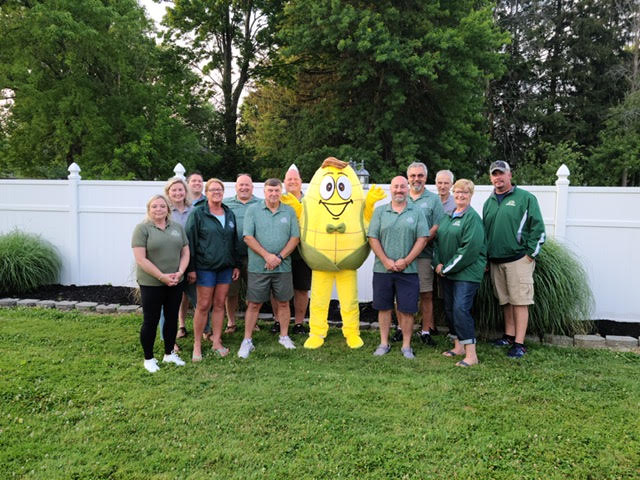 In 1959, the Eden Chamber of Commerce discussed the idea of holding an annual festival to promote the town. The resulting Garden Festival was held that year, but did not become an annual event. In 1962, the town had a very successful 150th Sesquicentennial celebration.

Following the celebration, a man named John Munich brought up the idea to the Chamber of Commerce of a yearly corn festival aimed to make the town money and gain publicity. After further talk and planning, the Chamber President proposed the sweet corn festival in May, 1963, and the Eden Corn Festival was born. The dates were set for Saturday, August 15th, and Sunday, August 16th, due to this being the time of year that Eden’s sweet corn would be most tender.

Various committees were set up, and decisions had to be made regarding how big the festival should be, how much money would be required to finance it, and how the money could be raised, since the treasury balance at the time amounted to a mere few hundred dollars. The festival would be held on the grounds of the Newell Faulkner Post of the American Legion on Legion Drive and Route 62, and the committees received help from the American Legion and the Eden School District, who allowed the use of the parking lots on the school grounds and use of their athletic fields. The first corn festival was successful, featuring a carnival, corn judging and auction, a corn queen beauty contest, pet show, tug-of-war, and a parade. Corn was sold for 10 cents an ear, and had to be picked in the dark to keep up with the demand for the 6,000 ears sold. Swimming events, lacrosse and baseball games, square dancing, and a concert provided additional entertainment.

It was decided that the Eden Corn Festival would become an annual event, and it has been held every year since 1964.